Every motorist is likely to have experienced a noise coming from their braking system at one point or another. The very nature of a vehicle’s brakes means a massive amount of pressure and friction is exerted over two surfaces in order for the process to be executed effectively. This means that the likelihood of external factors affecting a certain part of the system is relatively high compared with other aspects of the vehicle’s dynamics.

The three most common causes of brake squeal:

If brake pads do not have an electronic wear indicator, Apec’s replacement brake pads are fitted with a pre-installed physical wear indicator – a small tab of hardened steel which begins near the end of the pad’s useable lifespan and is designed to make an audible, relatively loud noise when it eventually comes into contact with the disc. Customers should be made aware that driving around when the tab has reached this point for too long has the potential to cause irreversible damage to the disc. 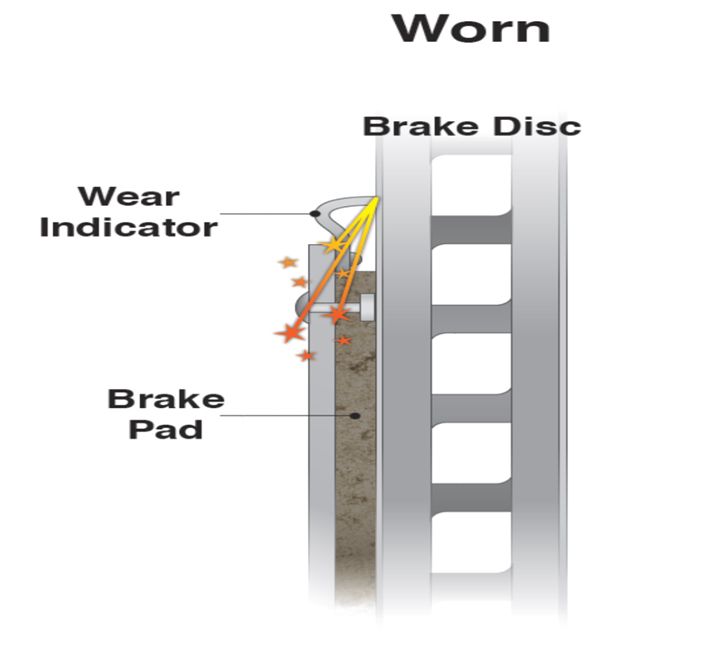 Squealing can also occur when budget replacement brake pads are purchased. Since the removal of asbestos-based pads from everyday circulation, these more affordable items will often contain a higher metal content than quality brake pads such as Apec’s (which contain a higher organic content in their make-up). These small pieces of metal in the pad’s material have several detrimental effects aside from creating large amounts of noise, including decreased braking performance, damage to the discs and increased amounts of brake dust causing discolouring to alloy wheels. 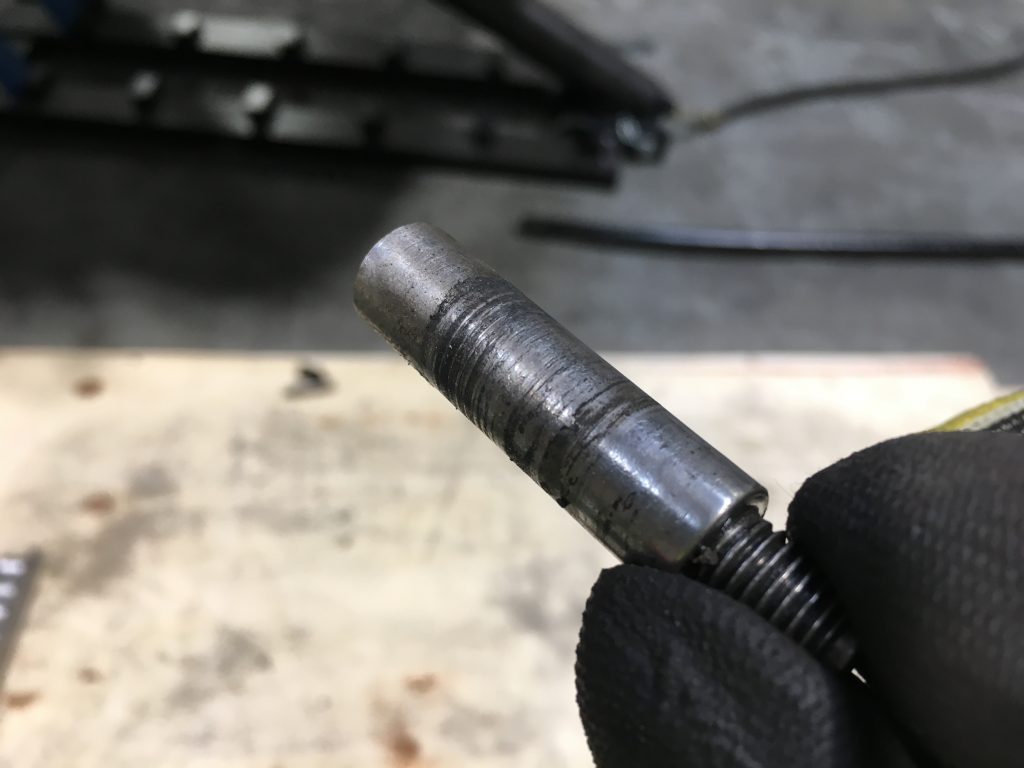 Play or damage to part of the braking system is relatively common and is often signified by reduced effectiveness and/or a squealing noise. The majority of modern cars rely upon a ‘floating’ brake caliper system, utilising caliper sliding pins to allow the unit to slide evenly towards the disc when the brakes are applied, offering even wear through the pad.

Damage to the slider pins is common and a relatively easy fix when the correct equipment and parts are used. There’s also the potential for a spring or abutment paint shim to lose its shape and strength over time, causing excessive play to occur between the pad and caliper, again leading to uneven wear and squeal. 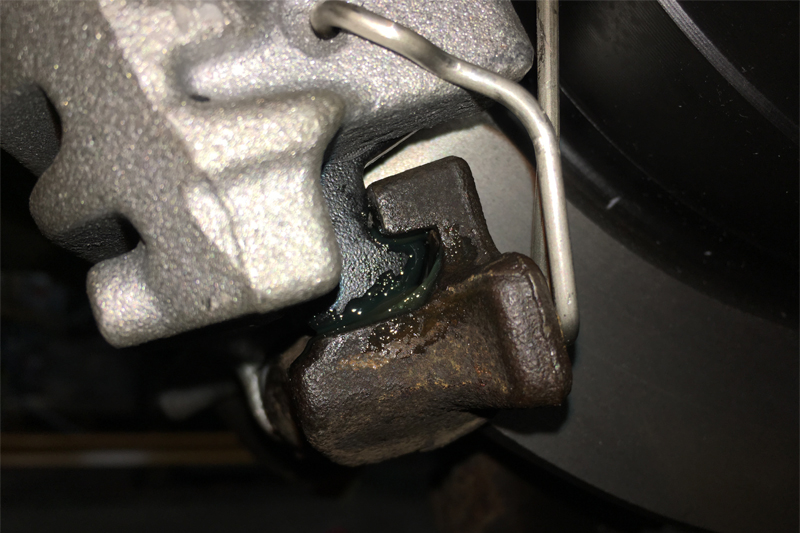 How can brake squeal be fixed or prevented?

Rust or damage to the caliper and its slider pin is one of the most common causes of ineffective pad wear and brake squeal. Due to the large amount of movement involved, it’s likely that foreign material or moisture will make its way through the slider seals over time, affecting the performance of the sliding mechanism.

It is imperative that sliders are always lubricated with a non-petroleum-based grease. Owners should be made aware that, when washing their wheels, a pressure washer can remove this grease if powerful enough. 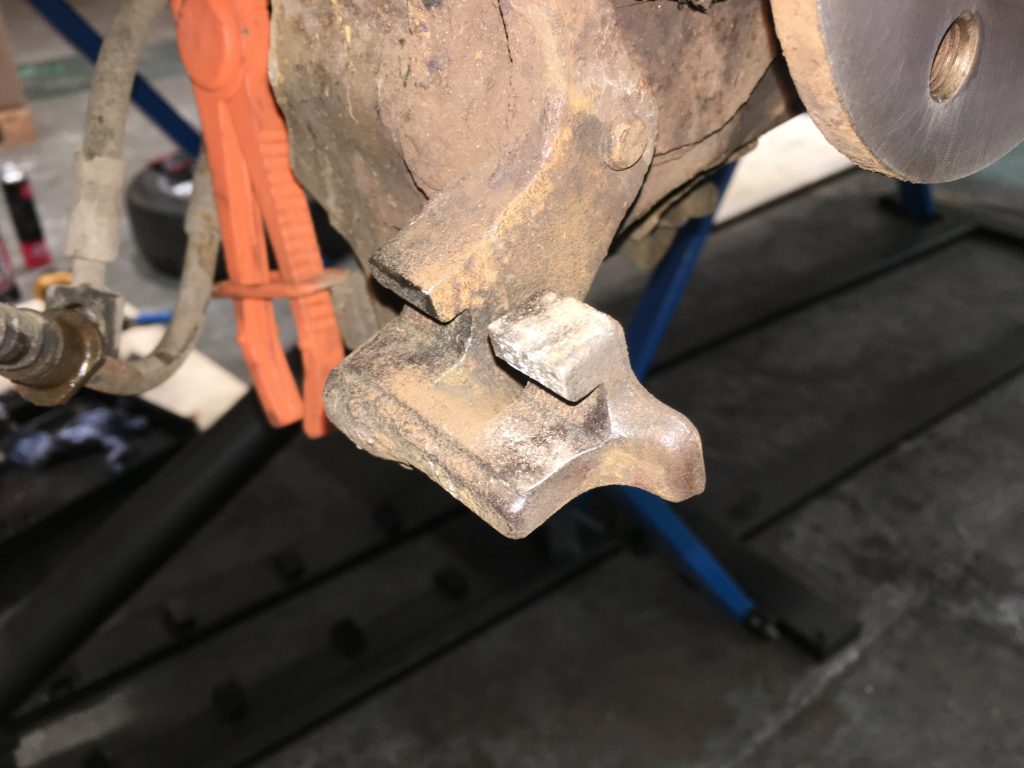 Another ‘weak link’ in any brake system is the pad abutment point shim and (or) the retaining spring. For disc brakes, this comes in the form of bent metal housings used to hold the caliper in a strict, tight position in relation to the disc at all times, complete with springs to further maintain the correct positioning. In drum brakes, fitting kits consist of two springs which perform a similar role of holding the brake shoes in the correct position in relation to the drum itself.

Apec tests have shown that these kits can lose up to 50% of their effectiveness in just two years of use, meaning it’s a thoroughly important and often overlooked servicing part. A loss in effectiveness equates to increased play in the parts of the brake that apply pressure when the vehicle is required to slow down, which can also commonly cause squeal.

Perhaps the most simple but still a very common cause of brake squeal is simply the incorrect fitment of new brake pads, many of which are now directional or require a retaining spring. As one would imagine, fitting a directional brake pad the wrong way round can lead to brake squeal, while the removal of a retaining spring will eventually lead to vibration and oscillation. With modern braking technologies increasing the complexity of braking systems, it’s more important than ever for owners to head to an established workshop, even for work such as replacing brake pads to be carried out.