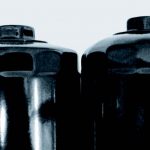 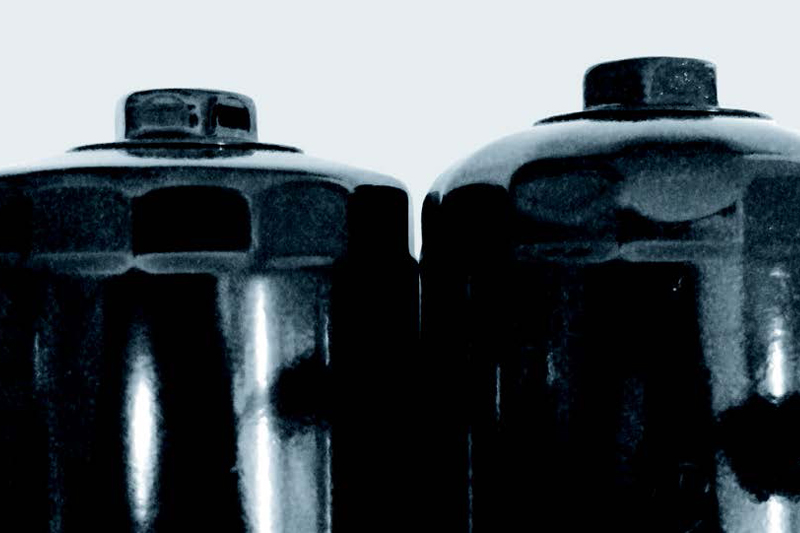 In vehicles with spin-on (OC) oil filters, leakage from the filter or oil loss from the filter’s screw-on flange may occur due to a clogged control valve in the oil pump. This is visually confirmed when the seal has become dislodged or the filter housing has expanded, or even burst in some cases.

This can typically be attributed to deposits and carbonised residue in the engine oil that are swept through the oil pump, where they cause sporadic clogging of the control valve (see below).

Since the oil pressure is no longer adequately regulated or may even cease to be regulated altogether, extreme pressure peaks of over 30 bar may occur as a result. The oil filter is unable to compensate for this tremendous rise in pressure and deforms (see below).

The seal may also become dislodged or the end cap may bulge significantly, giving rise to insufficient contact pressure between the seal and the filter. As a result, oil is lost directly from the screw-on flange or the filter bursts – in which case the entire end cap detaches from the housing (see below).

If, during an oil change, the filter paper in the old oil filter insert is found to be deformed or damaged, there are several possible causes:

■ The first and most common reason is noncompliance with proper maintenance and replacement intervals. The oil filter is worked too hard, reaches its maximum absorption limit, and collapses (see below).

■ The second possibility is continued operation at high engine temperatures. This makes the filter paper age faster and the impregnation layer become brittle. The result: the cellulose fibres break down, the paper tears, and the filter disintegrates (see below).

The third possible cause relates to carbon build-up in the engine. As a result, the oil pressure regulating valve can stick, therefore damaging the filter (see below).

Other circumstances can also result in damage to the filter paper, such as increased fuel input and a high biofuel content in the engine oil. An increase in short journeys and advanced engine wear can also lead to shorter replacement intervals.

For more information on the range of filters available from MAHLE, click here.
Tags:FiltersMahleTech Tips