HID
HID or xenon systems are now being integrated into the medium family saloon car and are not just the preserve of the sports car. HID systems produce 200% more light on the road than a standard halogen bulb and also have more than double the lifespan compared to a standard bulb. The light produced is similar to daylight and is adapted to the natural viewing conditions of the eye. 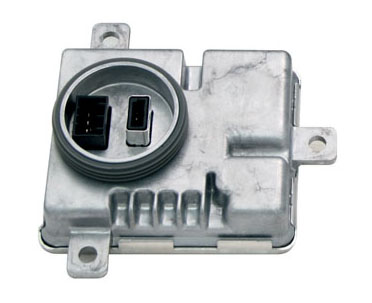 DRL
DRL or Daylight Running Lamps provide a constant light source and have been used in headlamp design for some time – specifically in Scandinavian countries. The function of DRL is to allow the illumination of the headlamp at all times, regardless of the prevailing light conditions. This has been proven to reduce road traffic accidents by 3-5%.

The technology comes in different forms – from the use of a standard bulb (either the main low beam bulb or fog lamp bulb illuminated at a reduced intensity during daylight hours), or a dedicated DRL bulb or lighting system such as LED, designed into the headlamp for illumination during daylight hours.

AFS
AFS or Adaptive Front Lighting System adjusts the beam automatically to the course of the road by using dynamic actuators that are triggered by the movement of the steering wheel or a GPS system linked to a map. As the vehicle’s steering angle changes, the light of the low beam is swivelled horizontally to effectively look around the bend. This provides increased light on the road by up to 70%.

During motorway driving the beam is projected further down the road to improve the illumination range from 130m to 160m. At slower speeds the beam can be enlarged to cover a greater proportion of the verge from 30° to 60°.

Polyellipsoidal (Projector Lamp)
Polyellipsoidal, or projector lamps help designers create more compact lighting systems without the need for complex form reflectors. These use a condenser lens (which looks like a magnifying glass), behind which the light source is situated. Inbetween the lens and a light source is a plate or shield that has an angle cut, providing the low beam cut off and the 15° angle of kick up to the kerb side. Some lamps use a solenoid to pivot the shield to create a high beam – this system is call Bi-xenon or Bi-halogen depending on which light source is used. Later versions of the condenser lens also allow light to be directed upwards to illuminate traffic signs.

LED
LED (Light Emitting Diodes) are based on semiconductor technology which has many advantages over standard bulb technology. Lower energy consumption is achieved with LED lighting due to the efficient conversion of electrical power and the lifetime of an LED bulb can be up to 100,000 hours.

On rear lamp applications the response time, due to faster illumination, is 0.2 seconds quicker than standard incandescent bulbs, which equates to an extra 19 feet of response time when travelling at 65mph. There are however, some limiting factors preventing mass production and these include high cost, regulatory delay and technical issues. LEDs produce a significant amount of heat per unit of light output, and this heat is produced at the rear of the LED. Therefore a heat management system needs to be engineered into the light unit to cool the LEDs, otherwise the lifespan is shortened.