The first thing that you need to understand is that this tool is not just for cleaning the EGR valve, but the whole EGR system instead.

The principle behind Exhaust Gas Recirculation (EGR) is to introduce measured amounts of exhaust gas into the combustion chamber to reduce the amount of Nitrous Oxide (NOX) in the emissions of the engine. This is achieved by introducing exhaust gas into the inlet manifold via the EGR system.

On a modern turbo diesel engine the recirculation of exhaust gas is not just controlled by the EGR valve. Exhaust Gas Recirculation (EGR) is a process that relies on the correct function of the turbocharger, EGR cooler (an inline heat exchanger that reduces the temperature of the exhaust gasses), the EGR valve and the inlet manifold and associated components.

The negative impact this process has on the EGR system is that exhaust gasses have a high carbon content, which clogs and restricts the function of the EGR system.

The TerraClean EGR tool is designed, not to clinically clean, but to restore flow and function back to the EGR system by removing the excess carbon deposits within the system. It can be used to cure various faults including: sticking EGR valves, clogged EGR coolers, sticking variable wastegates on VNT turbos, restoring air flow to inlet manifolds, improving swirl flap operation and cleaning DPFs. 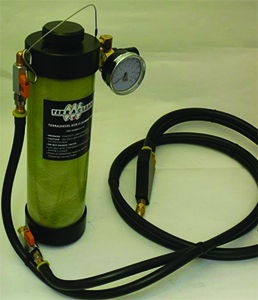 Firstly the technician has to gain access to the internal components and surfaces of the system.

This is achieved in a variety of ways, depending on the engine. On a newer Euro V engine, access is gained by removing the EGR temperature sensor, which is normally located within the EGR cooler. An adapter is positioned in place of the temperature sensor, allowing the TerraClean EGR cleaning fluid to be introduced here.

On an older engine, access is a bit more intrusive, usually entailing the removal of a pipe that connects the exhaust manifold to the EGR valve. In extreme cases, it may be necessary to drill and tap a hole into the exhaust manifold, which is capped off after the process is complete.

Always starting with a cold engine, the technician connects the tool in a specific way so that they can force the fluid through the exhaust manifold, turbo and exhaust. This is achieved by isolating or disabling the EGR valve, thereby leaving it closed or disconnected.

The technician starts the engine and, at idle, begins to introduce the specifically formulated fluid – TerraDiesel EGR and Induction System Cleaner – in 250ml increments into the system.

The technician leaves the engine running throughout so that just compressed air is passed through the manifold for about five minutes – this keeps the temperature in the manifold to a workable level. On first application to a vehicle, an amount of fluid between 750ml and 1litre should be run through the exhaust. 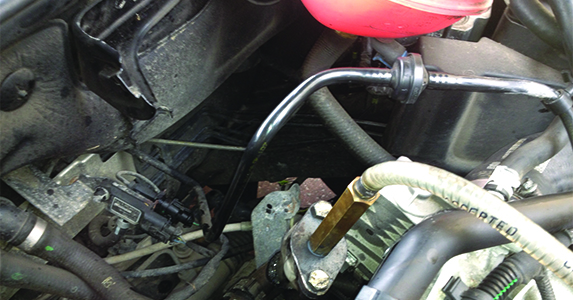 Next, the technician begins to introduce the fluid through the EGR cooler and valve; this is achieved by actuating the EGR valve into the fully open position.

This procedure can only begin after the engine has been started and is running at a fast idle. Again the fluid is introduced in 250ml increments with just compressed air running in-between. This stops the fluid from welling up inside the inlet manifold, eliminating the risk of hydraulic lock of the engine.

The technician would normally run about 500ml of fluid though the valve itself with the aim of removing the carbon deposits from the valve seat, allowing it to seal properly again. 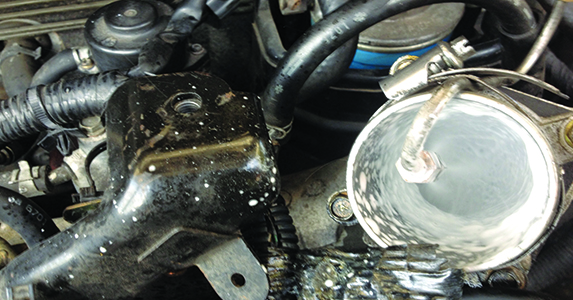 Following completion of the final process, the vehicle must be driven for at least 10 minutes with at least three aggressive accelerations within the first couple of minutes. This expels any fluid which may have welled in the DPF. 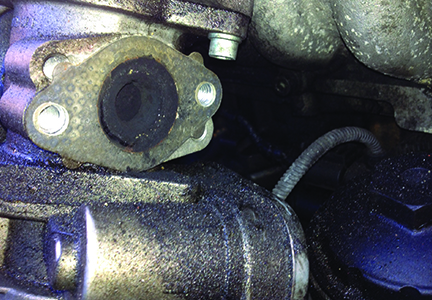 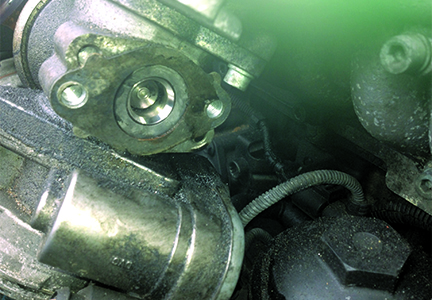 0 0
Previous : Time to network with your IAAF colleagues
Next : Why understanding the basics of diagnostics is so important