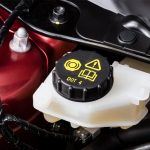 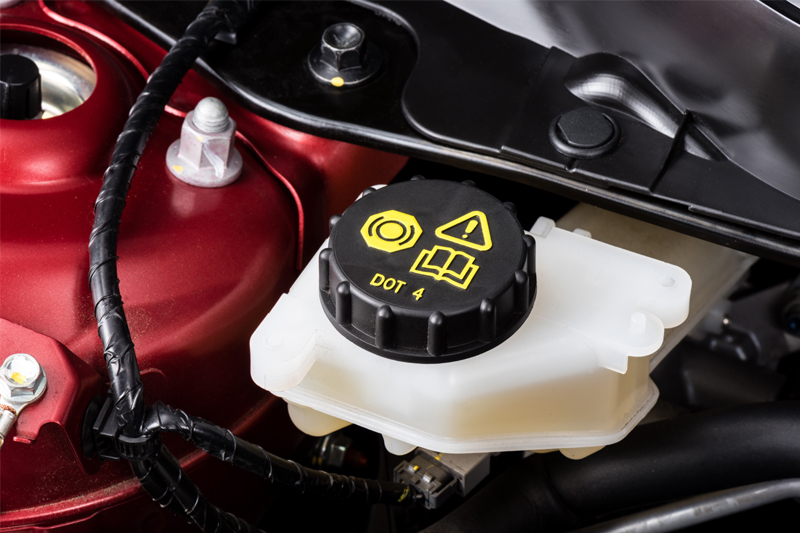 Brake Fluid – What to Use and When to Replace

A technicians guide to brake fluid- What spec should you use and when should replacement take place?

Fluids come in many guises, but the vast majority of vehicles coming into a workshop have a glycol based system, which should be maintained with DOT 3, DOT 4 or DOT 5.1 fluids. The DOT specification rates a number of properties of the brake fluid, the key items being the wet and dry boiling points and the viscosity. The wet boiling point shows the fluid’s boiling point after absorbing a certain amount of moisture and can be used to determine whether the fluid is safe or should be changed.

Time for a change?

The general recommendation is to immediately change any brake fluid which has a wet boiling point less than 180°C, to check the brake fluid every year, and change at least every two years for DOT 4 and DOT 5.1, and every year for DOT3. The viscosity is a measure of the fluidity of the brake fluid, i.e. it measures how easily the fluid can pass through the system at extreme cold temperatures. This is especially important for ESP and ABS systems, as their hydraulic units have very small bores (often
less than 0.1mm) that guide the brake fluid to the valves and pumps.

Low viscosity fluid allows a faster increase and decrease of the pressure required for different braking demands, ensuring shorter stopping distances. While glycol based systems are hygroscopic, and absorb water over time, there are other systems on the market, for example silicone based systems (which use DOT 5), or mineral based systems (LHM) which are hydrophobic. These fluids can maintain an acceptable boiling point over the fluid’s service life, however this is at the cost of potential phase separation/ water pooling and freezing/boiling in the system over time. This is the main reason single phase hygroscopic fluids are used. You’ll find it used in vintage cars (because it doesn’t corrode paint) and in the US on Government vehicles.

Hygroscopic systems absorb water, which will boil as the brake fluid becomes hot. When water boils, it becomes steam which can then be compressed. This will lead to a ‘spongy’ brake pedal.

The water will also corrode parts of the brake system and, if unchecked, could eventually lead to brake failure. Contaminated brake fluid is the number one cause of brake failure, and the brake fluid has an influence not only on the lifespan of the components in the braking system, but also indirectly on the wear rate of the seals and also on pedal feel. It’s important to know which fluid the VM recommends as rubber seals within the system are developed to work correctly with a certain type of fluid, and replacing it with the incorrect fluid could also lead to brake failure, and deterioration of the rubber seals in the system.

For more information about the range of braking components available from Brake Engineering, click here.

0 0
Previous : FUCHS Educate The Next Generation
Next : Ring – Lithium JumpStarter