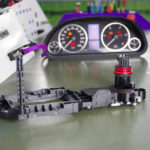 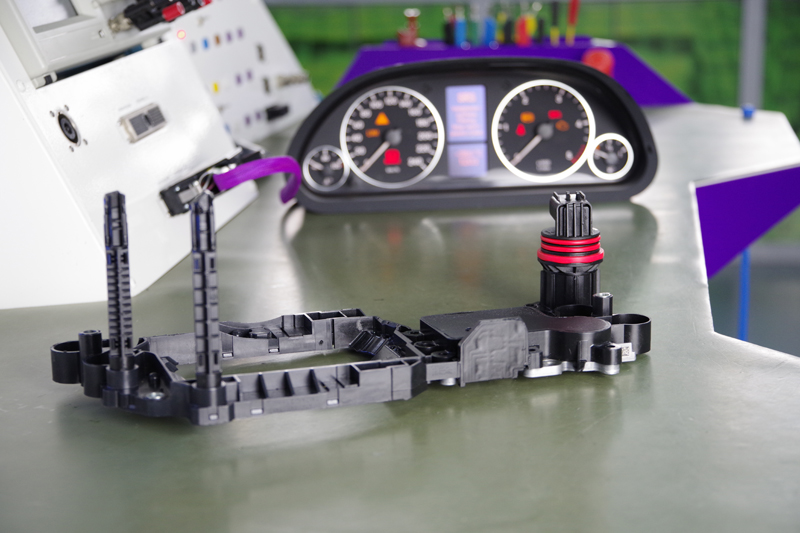 Actronics discusses why some jobs are best left to a specialist remanufacturer.

When you think of an automatic gearbox on a Mercedes, you may think that it would be a large, heavy unit – similar to that of a Volkswagen. After all, it has to control such a complex part of the vehicle. However, on the A and B Class vehicles until 2012, a relatively small ‘plate’ known as the Temic VGS 722.8 was used as the ‘brain’ of the automatic gearbox to control the changes of gears.

Almost all electrical components on a vehicle will eventually suffer a failure of some description, and these automatic gearbox Transmission Control Units (TCUs) are no different. Because of the location of the unit on the vehicle – inside the valve body within the gearbox itself – it is exposed to fluctuations of ‘extreme’ temperatures. 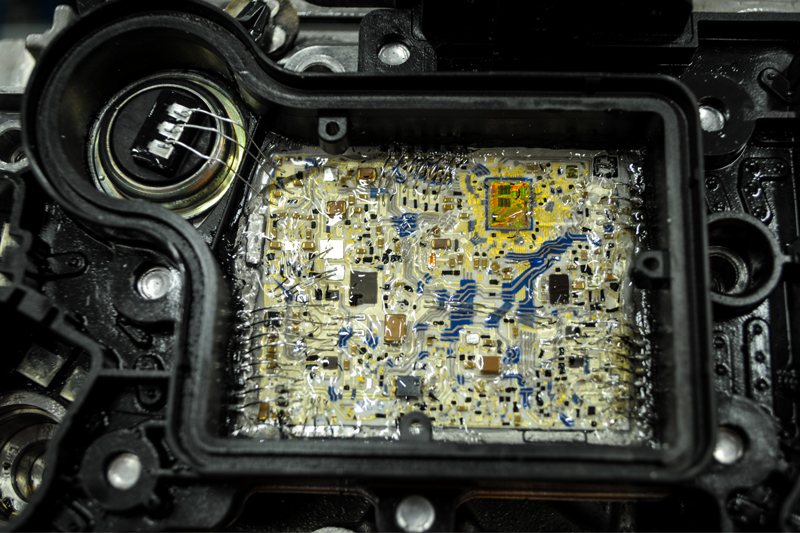 These temperatures, alongside the unit continually working whilst the vehicle is being driven, lead to wear and tear, which eventually results in the TCU failing. If the TCU has failed, it could lead to various issues and faults on the vehicle, which can include:

When removing this unit from the valve body, care needs to be taken with the sensitive sensor arms of the unit, which can be easily broken on removal and when in transit. Because the Printed Circuit Board (PCB) is in the sealed unit, a specialist CNC machine is needed, which is programmed to the millimetre to cut and remove the top of the sealed PCB without causing damage to PCB itself or the components on it.

The PCB is coated in a protective gel, which also requires a specialist machine that is able to remove the gel without damaging any of the hardware components underneath.

The speed sensors are notoriously prone to failure on this unit, which is usually due to the constant fluctuations in heat causing the sensor connectors to break down. Replacing the speed sensors and other components on the unit, which is part of the ACtronics remanufacturing process, can be tricky due to the minute components that can require tools that can magnify the PCB so that it can be worked on by our professional technicians. 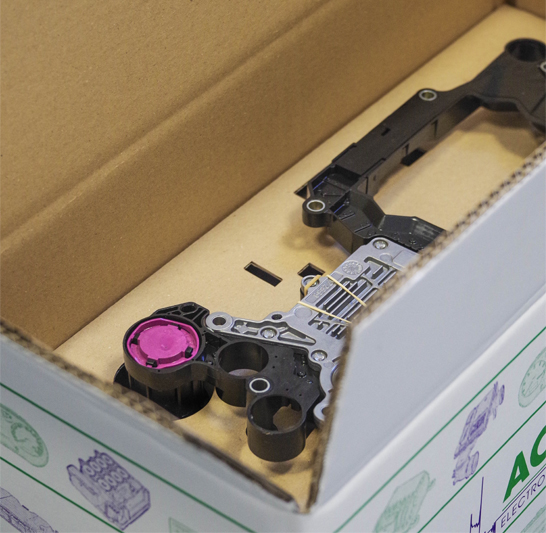 Once the faulty components have been replaced, the technician will re-test it in the bespoke gearbox testing machine, which shows live data and enables the speed sensors to be seen working and responding as it would do in the vehicle. When the remanufacturing process has been completed, final testing is undertaken to ensure the process has solved the faults reported, and a new lid is fitted and sealed to the unit.