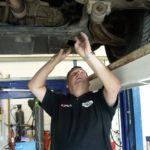 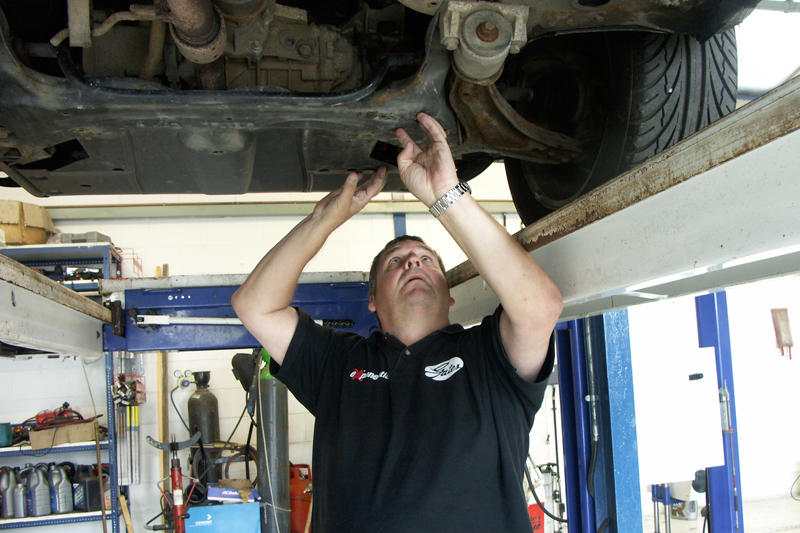 Attempting to Identify the Cause of a Catastrophic Engine Failure

In this belt clinic case study, Gates look to identify the cause of a catastrophic engine failure on a 3 year old Renault 1.5 diesel.

Attempting to identify the cause of a catastrophic engine failure is a complex affair, but vehicle history always plays an important role in any fault diagnosis – as a case of premature failure involving a Synchronous Belt Drive System (SBDS) is about to exemplify.

The engine had been destroyed. On arrival, it was learned that a belt kit had been installed only weeks earlier. It was noted that the jacket of the belt had ruptured. 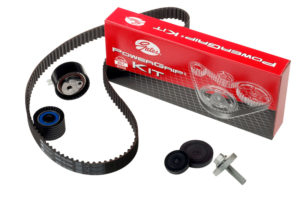 This, plus impact marks on the high- tension stop, suggested excessively high tension of the belt. These observations suggested that the investigation would be directed by two questions:

■ Had the belt or tensioner failed, causing the engine to seize?

■ Did the engine seize, causing the belt to fail?

Closer analysis, resulting in a more detailed dismantling of the engine, found that a valve head had become detached from the valve stem. Valve/piston contact was the most likely explanation. It had dropped into the cylinder. Engine seizure had ensued.

The cause was less obvious, but a decisive clue to the sequence of events that had led to the inevitable catastrophe was a sheared-off keyway on the camshaft. A short vehicle history of recent maintenance was about to provide the most plausible answer.

WHAT MAKES AN SBDS FAIL PREMATURELY?

The most common causes are:

■ Incorrect tension Crimping of the belt (bending, folding and mishandling)

Misalignment in the drive system is one of several other causes that will also cause premature failure.

Two weeks earlier, the belt in the Auxiliary Belt Drive System (ABDS) had shredded, causing a vehicle breakdown. A detailed examination of the SBDS had been carried out at the garage and this produced evidence of contamination from the ABDS. Debris from the ABDS belt had wrapped itself around the crankshaft pulley, causing the belt and the pulley to miss-mesh. As a precaution, the engine timing was checked and found to be ‘out’ by two teeth. As this was an ‘Interference Engine’, there was initial concern about valve/piston contact.

The engine timing was reset and a new Gates SBDS kit was fitted. Following a road test, the garage was satisfied that contamination of the SBDS, by ABDS debris, was no cause for concern. The vehicle was returned to an owner who was relieved to have escaped without any further engine damage. 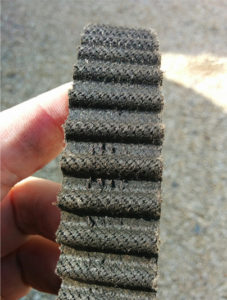 The plausible conclusion is that contamination from the ABDS had in fact caused valve/piston contact, which manifested itself several weeks later, when the valve-head became detached from the stem.

WHY DOES AN ABDS FAIL PREMATURELY?

While many of the causes of premature failure in the SBDS are common to both drives, a greater number of components operating within the ABDS make diagnosing problems more complex. These other components include:

■ Overrunning Alternator Pulleys The difference between causes and symptoms often leads to confusion.

What is clear is that drive systems work less efficiently when some of the components are more worn than others. For this reason, it is recommended that all components in the drive are replaced at the same time, as part of a belt kit.

0 0
Previous : Why is the Turbo and Intercooler Relationship So Important?
Next : Investing in the Future