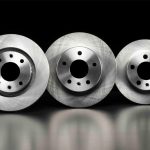 Each unit is only released into the market once it passes stringent multi-stage high and low pressure tests, as used at OE level. The caliper is a vital component of Brake Engineering’s full line braking range, which also includes a complete range of discs, drums, pads, shoes and hydraulics.

0 0
Previous : DVSA wins award for MOT update
Next : What does Brexit mean for business?