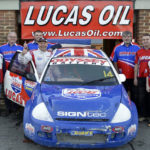 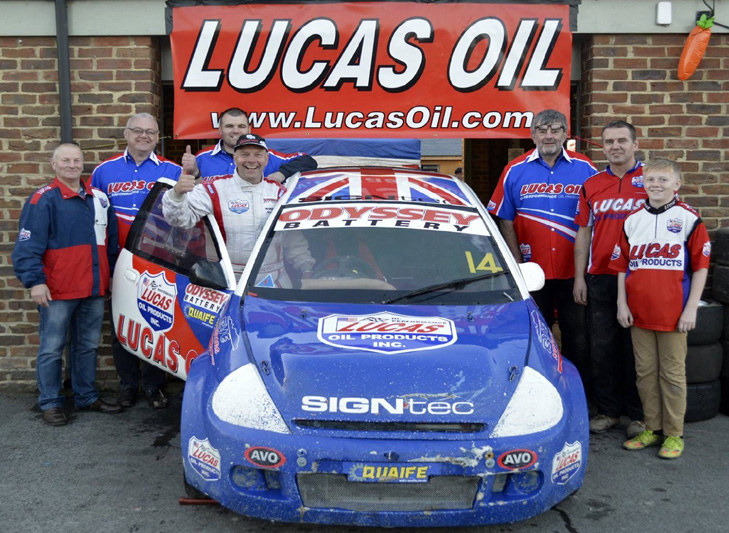 Lucas Oil Team Geriatric won the 2016 MSA British Rallycross Supernational Championship in the final round of the year at Croft.

Victory in the six lap final for Wigan-based driver Tony Lynch helped secure the title for the team in its first season of competition with a Ford KA. Les Downey, Lucas Oil Products UK’s Managing Director, says the win was a just reward for the team’s dedication, hard work and its exemplary team spirit:

“Tony scored three victories – more than any other driver in the class – and only needed to finish in the top five at Croft for the team to take the title, which demonstrates his consistency throughout the season. He won and that says everything there is to say about the team’s spirit, as well as the contribution and performance of our Lucas Oil products.”

The Lucas Oil Team Geriatric KA races on 5W30 fully synthetic oil, which is the US oil and additive manufacturer’s top selling off-the shelf oil for the UK car market.

To compensate for the extreme racing conditions, the team fortifies the oil with Lucas Oil Heavy Duty Engine Oil Stabilizer. Available from most good motor factors, it gives added protection for the engine and keeps maintenance to a minimum.

The team also uses 75/90 Synthetic Gear Oil, Toolbox Buddy instant lubricant, greases from the Lucas Oil Workshop Range, as well as Slick Mist instant shine to restore the showroom look after each race. The team has successfully tested the latest Lucas Oil Brake Cleaner under racing conditions, throughout the season.

Driver Tony Lynch adds: “Our winning margin of 14 points reflects the team’s consistency throughout our first season and is all down to a strong team – as well as the strength of support from Lucas Oil and our other blue chip sponsors.”

For further information on Lucas Oil and its range of products, click here.
Tags:Lucas OilNews