Swarfega’s Tough-O-Meter has handed out the Toughest Trade 2019 title to mechanics, following a hard-fought battle of the trades on social media over the past two months.

Vying for the top spot in Swarfega’s coveted Toughest Trade Award 2019, tradespeople across Britain sent in pictures of their toughest task. Using the Swarfega Tough-o-meter, Swarfega judged all the entries with the toughest tasks rated as ‘Tough as Sylvester Stallone’ and the softest entries gaining a rating of ‘Tough as a Trainee’.

Giving his trade a tough name, crane mechanic Peter Derbyshire (see below), scooped the title of Toughest Tradesperson 2019, winning a £200 Amazon voucher as well as serious respect. Peter’s entry came out top as it showed him battling a claustrophobic space at great heights and was closely followed by a number of other gritty entries. 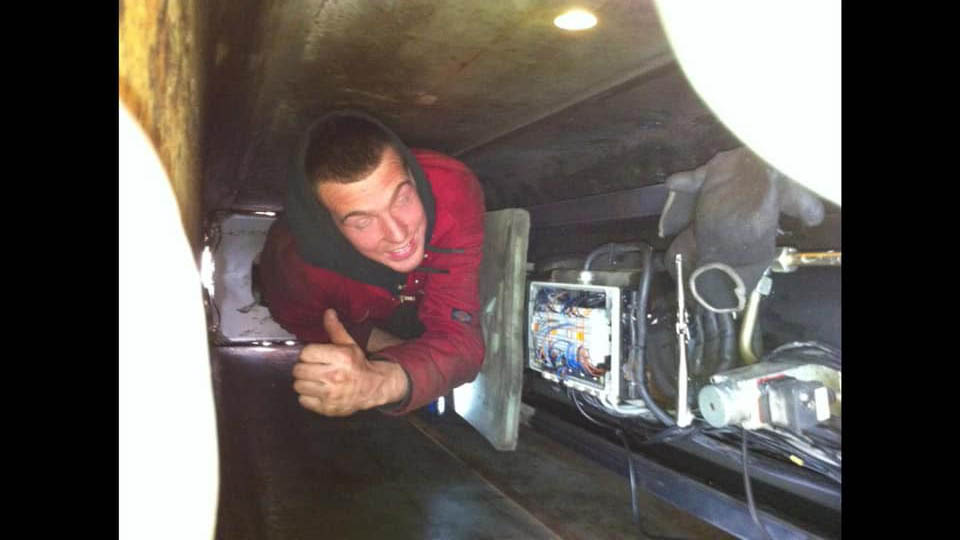 With almost twice as many entries as 2018’s campaign, there has been some great banter with most of the trades getting stuck in. Mechanics made up the highest number of entrants with nearly 33% coming from them. Next up were brickies and labourers, then plumbers who were both keen to make sure that their trade was well represented. Gardeners, fishermen and electricians all made a case for their trade too in this hotly contested battle.

There were strong entries from across the trades, making the task of choosing a winner challenging. Here are the top four, coming in behind mechanics in Swarfega’s Top 5 Toughest Trades 2019:

As a thank you for getting involved, Swarfega is sending out a TOUGH by Swarfega Gift Pack to the first 10 applicants in this year’s contest.

Tell Swarfega what you think – if you disagree with this decision, let them know why on Facebook @swarfegaoriginal or Twitter @SwarfegaUK!