According to research by What Car?, new petrol, diesel and hybrid cars are on average almost 5.5% less efficient than their official fuel consumption figures suggest.

What Car? tested 56 new petrol, diesel and hybrid models that have been type approved under the new, tougher, Worldwide Harmonised Light Vehicle Test Procedure (WLTP) emissions and fuel economy tests. The vehicles tested ranged from small hatchbacks to large SUVs and each model was subjected to What Car?’s independent True MPG test to determine its real-world fuel economy.

On average, new petrol, diesel and hybrid vehicles were reportedly 5.4% less efficient than the WLTP figures that manufacturers have to quote, but the research revealed significant differences between models. The worst performers were found to be more than 20% less efficient than their official figures, while the best performers were found to be 15% more efficient.

The tougher and longer WLTP emissions and type approval test were introduced in 2017 by the European Commission and became mandatory for all new vehicles from September 2018 onwards. The WLTP test replaced the previous New European Driving Cycle (NEDC) type approval test, which dated back to the 1980s, with the aim of providing more accurate fuel consumption figures for new car buyers.

The new WLTP test is said to be a significant improvement over the NEDC test, according to What Car?’s figures. A sample of 159 vehicles tested under the NEDC protocol showed an average discrepancy of 20.2% between True MPG and the manufacturer quoted figures, with the worst performers as much as 40% less efficient than advertised.

Steve Huntingford, Editor of What Car?, said: “For years, most buyers have taken the official fuel economy figures with a grain of salt. Our research shows that while the latest test is more accurate, there are still large differences on some makes and models, which is why it’s important for buyers to do their research before buying.

“Our free True MPG tool is unique to the industry and helps give new car buyers an accurate representation of their vehicle’s real-world fuel consumption.” 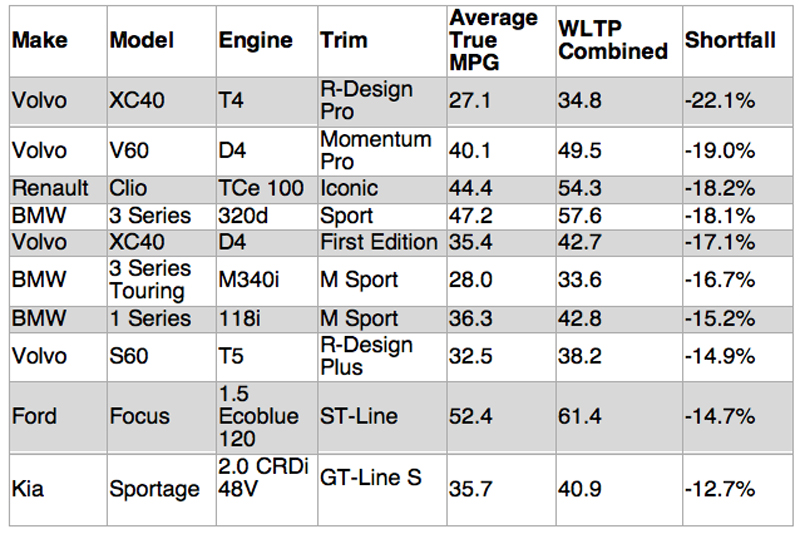 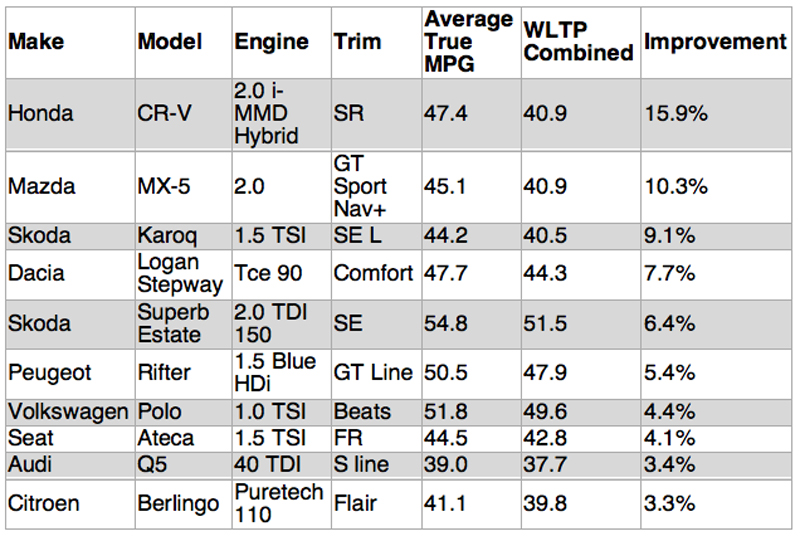