Mandla Ndhlovu, Head of Training & Apprentice at Autotech Recruit, explains how garages can utilise the Apprenticeship Levy pot to effectively harness the next generation of automotive talent.

The automotive industry is dramatically changing, triggered by the accelerated rise of new technologies, environmental policies and consumer demands for digitalised vehicles. Autonomous driving, electrification and greater connectivity will undoubtedly continue to transform the industry, and, in order to service these new breeds of cars, vehicle technicians will need a very specific skill set.

The skills requirement to manage the increasing sophistication of these vehicles is already leading to many older technicians putting retirement plans into motion rather than embarking upon new training. Couple this with the reported 5,000 automotive jobs currently unfilled, it is vital that the automotive industry acts now to create a pipeline of new talent that will sustain the future of the sector.

Greater engineering and technological abilities will be needed to excel within the industry; however, it is important to remember that these skills will also be in demand by industries which, just a couple of decades ago, were not on the same radar as the automotive sector. Gaming and computing industries, which hold great allure to young people with their online culture, will increasingly become competing sectors when it comes to acquiring talent, so demonstrating the current and future technical advancements of vehicles to this generation is critical.

Apprenticeships have, for many years, offered a solution to harnessing fresh talent. However, the government’s drive to reach their objective of three million apprenticeships across all UK sectors with the launch of the 2017 Apprenticeship Levy has, so far, fallen short. 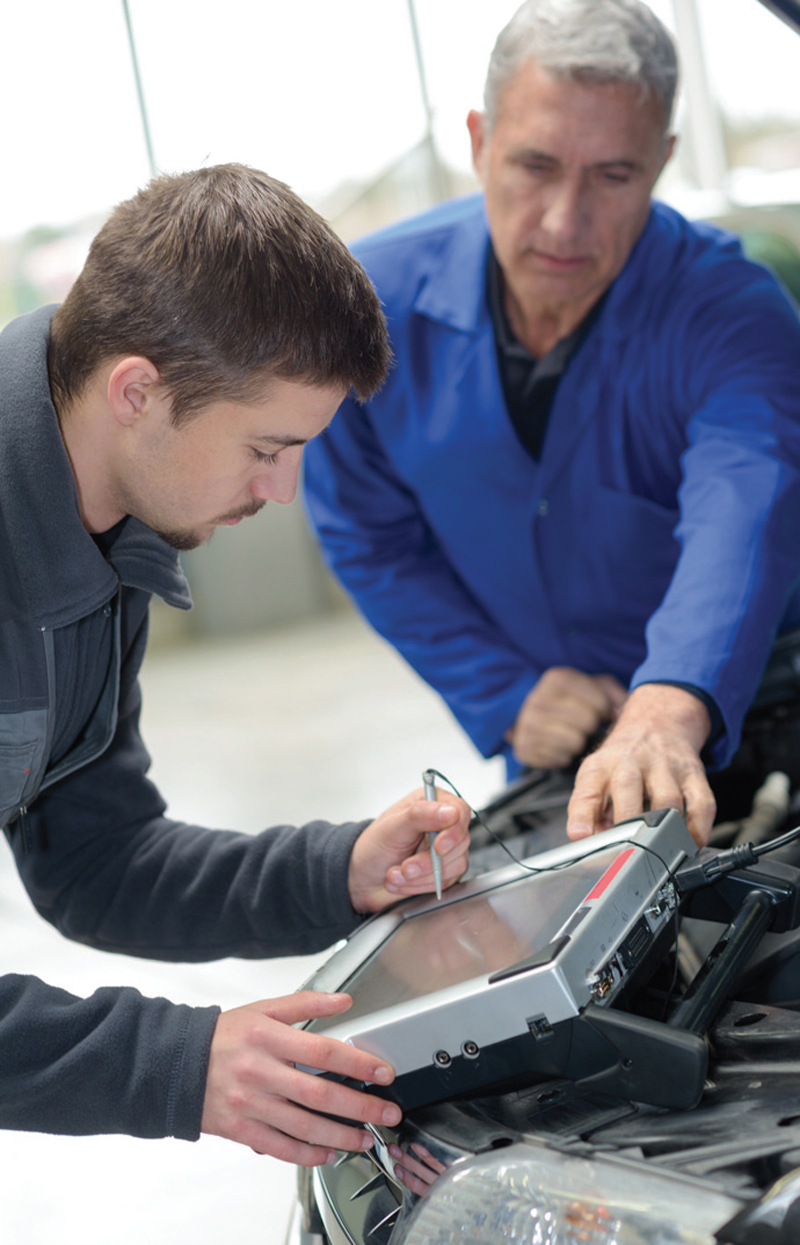 To date, only 8% of the funding, paid in by companies with a payroll bill of over £3m, has been utilised and put back into developing apprenticeships. Critically, if unused 24 months after investing, these funds will ‘expire’ and be reclaimed by the Government, rather than being redistributed.

A vast amount of the UK’s independent garages and workshops fall under the £3 million threshold, but they are largely unaware of the opportunity they have to draw on funds from this pot.

Through the levy, the Government will aid small companies by contributing up to 95% of an apprenticeship’s costs. In addition, to avoid the chance of the levy pot becoming a stealth tax, levy-paying employers do have the option of transferring up to 25% of a company’s total levy pot over to other companies/organisations to help with apprentice training costs.

However, many automotive company managers and garage owners simply do not have the time or resources to scope out accessing the fund, and could be reluctant to employ an apprentice due to a lack of experience, as they need people to hit the ground running. But, there are specialists and tools available that can help simplify the process and offer guidance along with support accessing available funding.

Getting the apprenticeship framework right

Larger automotive businesses, over the £3 million threshold, may already be actively seeking apprenticeships and utilising their levy pot. However, they need to understand that the responsibility is on them for the development and success of their apprentice – from choosing the training provider, to assigning the apprentice a mentor in the workplace to ensure it is successful. Otherwise, they may find that the apprenticeship could cost more than the funds in their digital levy account.

Due to the rapid acceleration of the industry, many training providers are yet to keep up with the new apprentice standards, including electric and hybrid vehicles. Considering that within the next two decades all new vehicles purchased will be fully electric, it’s an alarming fact that some training providers do not cover this as a module. Without the skills to service these vehicles an apprentice will quickly need retraining as soon as they qualify! Consequently, employers need to scope out training provider courses and the syllabus to ensure their apprentice will be receiving the most current level of training.

Likewise, attention needs to be paid internally, to ensure the time an apprentice spends within a workshop is efficient. Employers should also take control of assessments and ensure that the apprentice is ready for their apprentice standard gateway and prepared for the end point assessment – otherwise they could end up footing the bill for any subsequent re-assessments.

Safeguarding the future of the industry

Recent analysis by education think tank EDSK suggests that the majority of the Apprenticeship Levy is being put towards existing adult workers, instead of promoting the training of young people in skilled roles. Whilst ensuring that the current workforce remains agile is critical, we must create a culture of ongoing learning. The skills shortage is one of the most pressing issues facing the automotive industry, and the Apprentice Levy must be utilised effectively to ensure that the future of the UK’s automotive industry is sustained.